Artist of The WEEK: ED Robinson 🌠🚩🎙 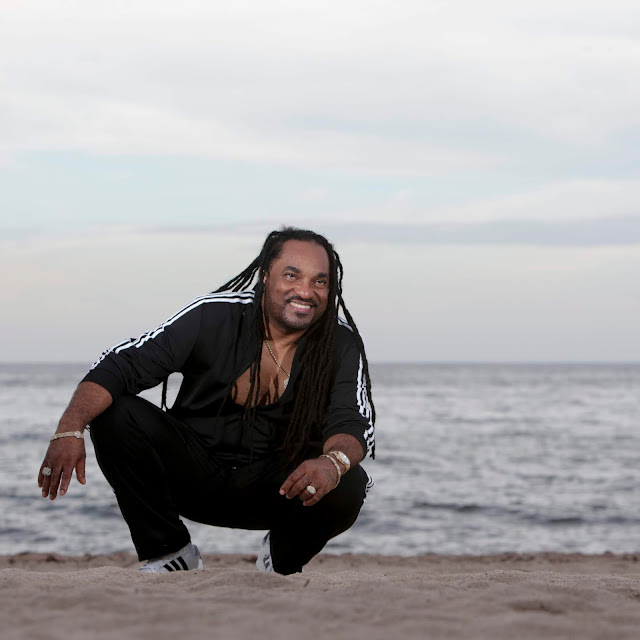 Good music is born out of a desire to tell a story to a wide range of listeners across all walks of life. With his drive and passion for music, International Reggae Artist and Producer, Ed Robinson is bringing reggae music to the world.  Ed Robinson is a musical veteran and icon with a strong and deeply rooted musical background. With music as a priority and driving force in his life, the singer injects his brilliant musicality into every aspect of his life. Robinson began his musical career as a drummer in a school band and showed signs from a very early on of his intense musical talent. Over the years he found himself becoming a key player in many genres of music, including Reggae, Rock, Soul, Hip Hop and R&B.

With over 200 songs and twelve albums in his catalog, Robinson has emerged as one of the most highly sought-after reggae artists in the industry. He debuted his first album on the VP Records Label titled, “Once Again” in 1992 with the seminal “Knocking on Heaven’s Door.” He later signed a record deal with MCA Records in the early nineties. Following his deal with MCA Records, Robinson later released both “Sky is the Limit” in 2004 and “Solitude” in 2005 which included both classic tracks, “No More Mr. Lonely” and Dennis Brown’s staple “Ain’t That Lovin You.” In the year 2008, Robinson released the album “The Awakening,” both written and produced by Jerome Rhodd. Robinson later began working with the Push Broom Gang Label and released “Written in Stone” in 2011. This pivotal album includes major hits such as “Our Heroes”, “If I Follow My Heart”, and “Talking Blues”. Robinson’s track, “Our Heroes” hit mainstream radio stations, and satellite radio stations across the globe, including SiriusXM Radio. “On Covers”, an album where Robinson covers some of the music industry’s legends was released in 2014, also on the Pushbroom Gang Label. Both “Written in Stone” and “On Covers” were produced by Luciana Maneri. In the year 2014, Ed Robinson was working concurrently on releasing both “On Covers” and the “Tribute to John Holt”, which gave him the chance to pay homage to the late John Holt. This album was produced by Kemar “Flava” McGregor. The following year, Robinson released his eighth studio album “Yard Magic”.  The hit single, “Kool Off” sat at the top spot in the New York and Florida album charts in late 2015. Following this success, Ed Robinson released several tracks in 2016, including “Thinking of You” on the VPAL label and “The Blame Game” on the Pushbroom Gang label. In 2017, he produced a Dennis Brown tribute EP containing seven tracks. In addition, he recorded a track entitled "Baby I Will Be There" on Di Jugglin Vol 1 Various Artist Album for JTMC Muzik Label. In 2018, Robinson released “Glory and Praise” a stunning gospel album. Presently in 2019, he recorded two singles - one song on the Hush Riddim for JTMC Muzik label " Go Live Your Life" and an acoustic version of "Suddenly" with both songs making waves across the world. 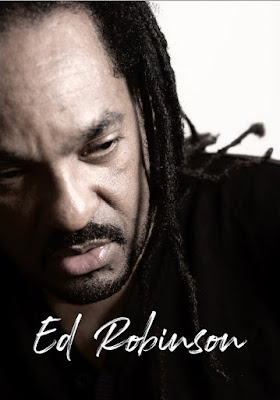 Popular posts from this blog

LOVE STALLION "Artist of The Week" SUPERSTAR STATUS? We Think SO 🌠🎸

1. What is a typical day/week like for you? Mornings are real estate brokerage work & band admin. I then hit the gym at noon to break up the day, and make sure I can fit back into my spandex at the next show. Afternoons & evenings are usually flex, but often include at least a little songwriting, a voice lesson, or a rehearsal. I like to go out a lot, hang with people and see live music, which helps inspire my music, performance, and life.

2. What is your best memory of the start of your career? My best memories were writing the album with Rob McLemore aka Crayton Huntly. We started this experiment in 2013, and couldn’t believe the amazing music we created together. We inspired each other with a manic excitement I have only experience with him, and I am so grateful to begin writing our next album together too.

3. What advice would you give to someone wanting to pursue music? You have to believe in what you’re doing. Ultimately, that is what motivates you to keep writing…
Post a Comment
Read more

Interview with The LEGENDARY ZION ANTONI ⭐ ✊ 👑

May 12, 2019
Zion Antoni is a Freelance Journalist and Grassroots independent Recording artist/Record producer from the Bronx NY. He is the Founder/Chair of The Urban Cry LLC, a limited liability company with two main branches: Freelance Journalism, and an independent record company. The Urban Cry has administered to hundreds in American inner cities and has also extended reaches overseas internationally. The Urban cry in its independent ascent labored extensively in the grassroots, streets and record pools through freelance publishing, radio, activism, and books. Zion advocates consciousness, and brings to reality to light.
Following years of independent study and work, In his ascent he started a Progressive production label in 2003 in Philadelphia. By 2007 the label group grew in City notoriety Community activism and record sales. By 2008 he broke International with singles and toured, working in his own management and different record labels. With years of study, as a freelance journalist by 200…
Post a Comment
Read more


NEW YORK, NY – One of the greatest trumpet players in music has just made a big announcement. She will bedazzle her entire trumpet in Swarovski crystals to kick off the release of her upcoming album “Evolution of a Winner”, the follow up to her 2016 Billboard smash hit “Winner” which debuted at number one on the Billboard Jazz Album chart and spent over twenty-five weeks on the Billboard’s Jazz and Gospel music charts.

Syreeta will be hosting an album release weekend for her new project “Evolution of a Winner” from September 15-17 with a press run from Chicago to New York. The event will include two live performances at Agape Family Worship Center in Rahway, NJ for an anticipated crowd of 5,000 people.